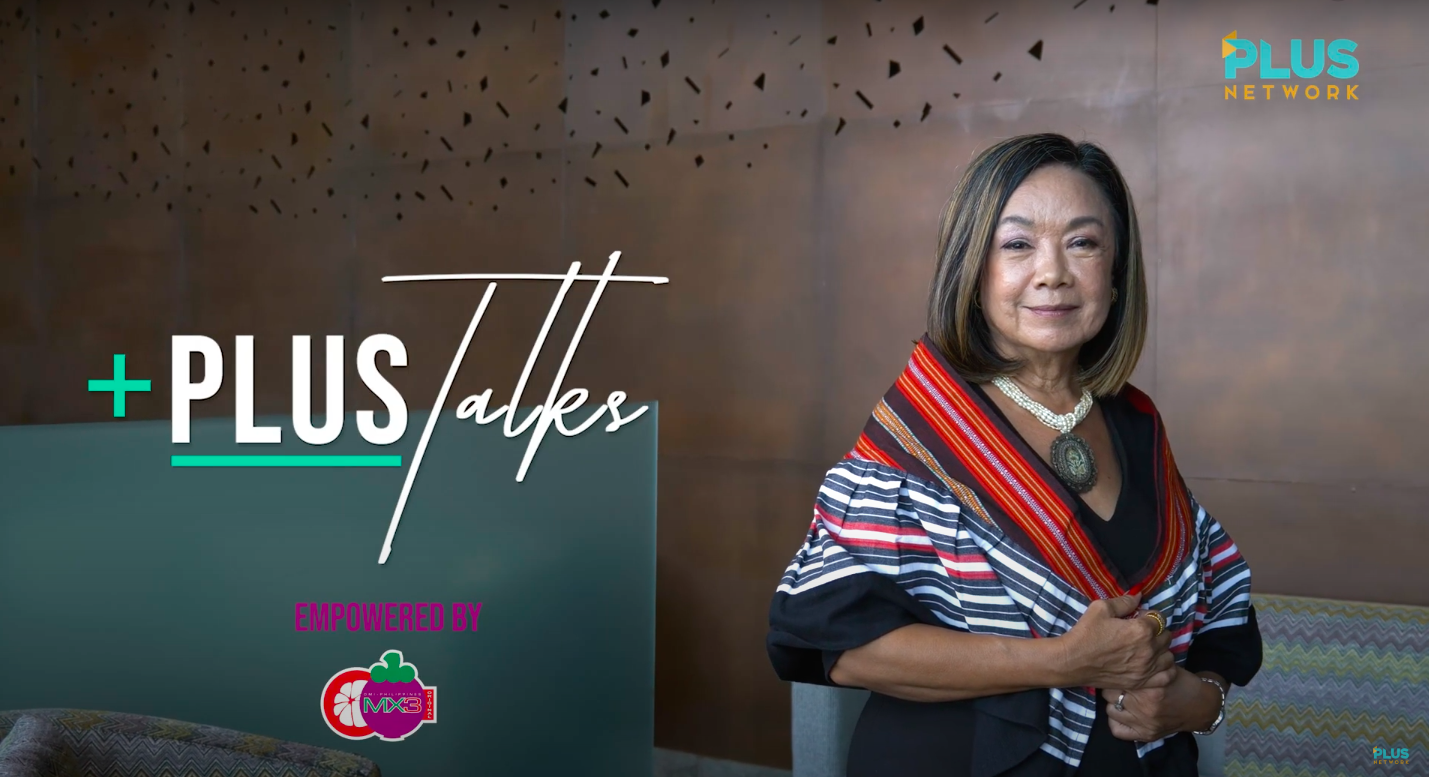 Albert Einstein once said that “Life is like riding a bicycle. To keep your balance, you must keep moving.” This quote is very true to the life of Ms. Annette Ablan from the Belarus Honorary Consul. In an episode of Plus Talks, Ablan shares how she keeps a good balance between her role as an Honorary Consul, as a volunteer, advocate, and as a mother and grandmother to her family.

As an Honorary Consul

As she represents the Republic of Belarus as the Honorary Consul of the Philippines, she is expected to do things such as promoting economic trade and cultural ties. Aside from that, she also follows up on political issues and opens the path for goodwill and diplomacy between Belarus and the Philippines.

Ms. Ablan furthered how important it is between the two countries to avail whatever products Belarus has and what the Philippines has. She explained that Belarus is known to produce fertilizers that are much needed for the Philippines’ agricultural industry. Belarus also produces rubber tires and would get rubber supplies from the Philippines and other Asian countries.

Ms. Ablan believes that as a Consul, it is important to connect. She considers her ability to connect with people one of the gifts given to her. And for her to connect, she takes joy in understanding the culture, music, and literature of Belarus. According to her “It’s very interesting to learn something new from them and they also learn something new from us. If you respect and trust them, then you can forge forward with the friendship and the relationship.”

She also teaches Russian, a widely used language in Belarus, at the Foreign Service Institute at the Department of Foreign Affairs.

Ms. Ablan is a proud volunteer of the Philippine Red Cross as the director of the Ilocos Norte chapter. Her grandmother started as a chapter administrator in Ilocos Norte. Then, her father became the governor of the Red Cross. She shared that growing up, she saw her grandparents’ and parents’ service to other people. Somehow, this inspired her to also look into other people’s needs and concerns.

She is nationalistic and patriotic, and she’s proud of her country. These qualities helped her as a Consul, but also drove her to advocate Filipino products. She takes every opportunity to promote local products. In fact, she wore a modern Filipiniana-inspired shawl “Abel” during the interview – a  clothing product from Ilocos Norte. Abel is the Ilocano term for “weave” which involves the use of a wooden handloom. Abel is mostly produced for fabrics used in homes, including clothes, blankets, and pillowcases. According to Ms. Ablan, “Weaving is a dying industry and should be given more attention and importance. Whenever we buy weaving products, we also support the weavers and their families.”

As a Mother and Grandmother

Ms. Ablan proudly shared that she is very family-oriented. Despite her many activities in life, she gives priority to her children and grandchildren. She spends as much time as she can with them in between her activities.

She shared that she feels blessed and grateful for whatever comes her way. If faced with a challenge, Ms. Ablan makes sure to take the lesson for that experience. Ms. Ablan seems to be riding her bicycle quite well with how she does her job as a Consul and still manages to give back to her country and countrymen. She left us with a challenge we can reflect on: “If you can make a difference, do it!”