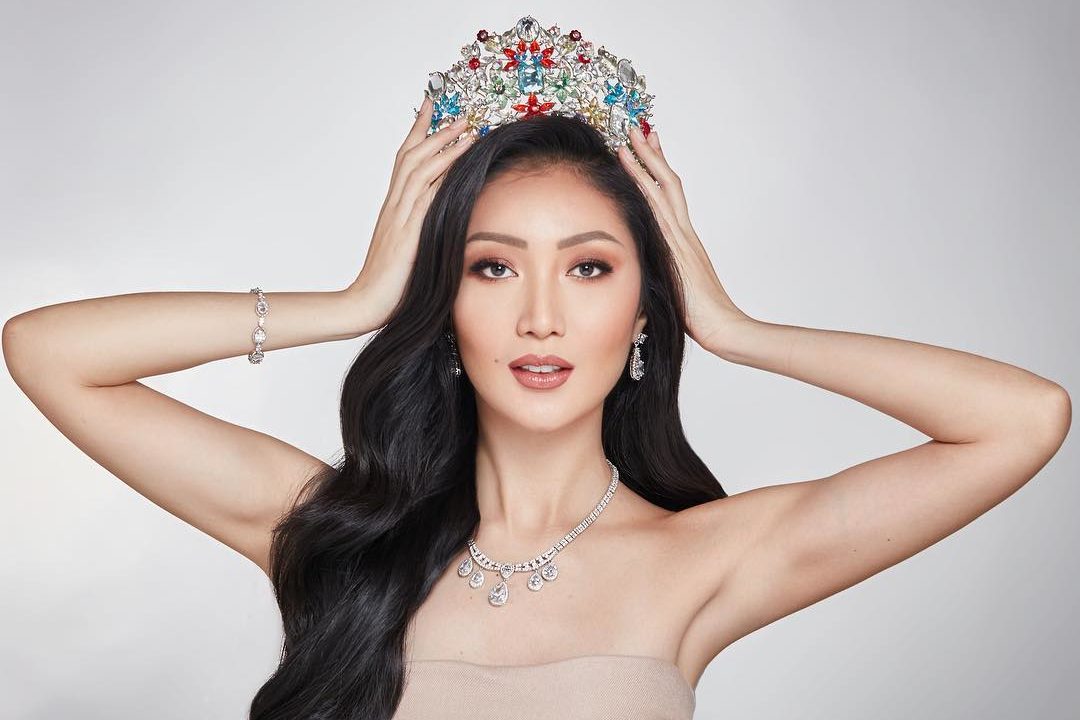 The life and career of a beauty queen and an environmentalist are unique enough on their own, what more if these two were merged?

The Workwise Asia editors sat down with Karen Ibasco, winner of the Miss Earth 2017 crown, who was generous in sharing her insights on her reign and continuous experience in this one-of-a-kind journey.

What was the first thing you did after your reign?

The first thing I did after my [Miss Earth 2017] reign, honestly, I rested. *laugh* Kasi sobrang busy ko. I was going from one country to another and even after my reign, I still had activities. I didn’t stop. I only rested for a while, then the [Miss Earth] organization still calls me, so I still go to different environmental activities.

What was the difference between your work during your duties as Miss Earth and as opposed to your work now?

Similar na siya. [Miss Earth] was already my starting point, and then up until now people continually invite me and ask me about environmental topics. That’s why [Miss Earth 2017] really opened doors for me to really [be a spokesperson for] that topic.

How do you think of this as a career?

Can you tell us about the things you’ve achieved during your reign?

During my reign, I was the first beauty queen to really speak in front of the senate, because when I was asked a question [during the national pageant,] they asked about a policy, and I spoke about carbon tax. So the Department of Finance invited me to speak in one of the senate hearings on the TRAIN bill all about petroleum taxes.

Of course I was having a hard time since I wasn’t an economist; I wasn’t a finance graduate. I worked on my speech for three straight nights. I had to work on my speech on the environmental side when it comes to talking about petroleum gases, or petroleum products. So I did it. No one in the organization could help me but myself, since I was the one answering questions in the senate. I was very happy that I actually did [the speech.] That’s one thing. It’s not about starting a project but about continuing the projects that Miss Earth started.

One of these projects is school tours, [wherein] we go to different public schools and private schools of different levels—locally and internationally. We teach kids in simple ways on how they can help the environment. People think that environmentalism is only for people who are already professionals. [That’s not true.] You can start at a very young age. And we need everyone to help us.

Another thing [I’m proud of] is I got involved with C.O.R.A.L.—the Conservation of Ocean Resources and Aquatic Life—where we planted corals in the water. People dive and plant small fragments of corals into the seabed.

Environmental Science is very broad, but among those you’ve tapped into, which one are you most interested in?

When I was still competing, I focused more on energy, but when I won Miss Earth, I was supposed to handle everything. We’re connected with one NGO called The Plastic Solution, and [one of my tasks] was about us helping this organization.

[The founders] were actually surfers, and they wanted the trash and plastic to be out of the ocean, so they [started] The Plastic Solution. They make eco-bricks; they remove the plastics from the oceans and tuck them into plastic bottles, and it’s ways of showing people that we can do the same, by opening your eyes to the amount of plastic we use up everyday. So instead of throwing the plastics, you just tuck them in and put them in a plastic bottle, and you can exchange it for hollow blocks for local housing. And that’s what we encourage people to do to lessen the amount of consumption everyday. Instead of throwing your plastic in the ocean, just take them and turn them into ecobricks.

Can you tell us about your advocacy?

For Miss Earth, it’s everything, like plastics, energy consumption, et cetera, but personally, what I’ve advocated for from the start is the conservation of energy and the embrace of renewable energy. My [academic] field is connected to it—physics is connected to energy, so I focused on the advocacy that would put the limelight on my specialty as an undergrad [and my career.] I focused on that because if you understood that a lot of people have access to energy, energy is consumed daily. The Philippines and a lot of other countries still use fossil fuels. [They play a big role in] carbon emissions in the atmosphere, which causes global warming.

Does that mean you were already quite passionate about environmentalism even before Miss Earth?

Share with us some of the projects that you’re most proud of.

One project I’m really proud of is [my involvement with] the C.O.R.A.L. Movement talaga. We did it at Sta. Cruz, Marinduque, which is the heart of the Philippines. The first time the organization did the project was during my [reigning] year. We went to the waters, to the deeper areas where the seabeds were, and planted [corals.] I’m really proud of it because climate change is tied very closely with the death of a lot of corals, and we’re trying to rehabilitate it. As it is now, you can only see the [corals] on top, and not at the bottom; a lot of them are already dead.

What’s your one big dream for the Philippines?

That one day we’d go 100% renewable energy, or kahit a bigger chunk of percentage because a lot of my friends have also told me that we should have an alternative [in case of emergencies.] “Pa’no na lang kung nagka-technical problems with renewable energy? Paano mo mapapa-light up ‘yung other areas?”

Yes, I do! Currently, I’m connected with WWF Philippines, and we’re also preparing for a project that connects with renewable energy.

How do you keep yourself informed about the struggles that our environment faces?

What about the people who don’t always have access to these kinds of news?

I guess one thing that we can do now is to make use of social media. You just have to share [updates on climate change.] A lot of people have access to social media no matter what status in life you’re in right now. Kahit headline lang, kahit pictures lang, they’ll have an idea on what [climate change] is.

What’s the most difficult challenge you’ve overcome for this advocacy?

[My biggest hurdle are] the people who are apathetic. It [becomes] really hard to share what you have to say. But then again, our platform is something that people listen to, kasi parang hindi siya masyadong technical, so you can reach a wider audience. At the same time, if people don’t care, it makes us want to do more. I didn’t care about it before, but when I learned about it, I couldn’t close my eyes anymore.

What can you say about the people who think that environmental activism is a privilege and that it’s for the rich?

There is a stereotype that environmentalism is for the rich and for the cities. What we really have to do is educate those people [who believe that,] and at the same time, hindi naman kasi talagang: one snap, and you can change it. For example, the use of sachets. In the Philippines, we use a lot of sachets for economical reasons. You can’t be one-sided about it, [to ask people to do things] just for the sake of the environment. You also have to think about the economical side. A lot of people can’t afford [the larger alternatives,] and that’s the reason why we [buy and sell] in smaller packs. Slowly, we should educate the people, and as we improve our economy, matatanggal din siya.

Almira Manduriao and Patricia Li are part of the Workwise Asia team. Almira is the Associate Managing Editor and Patricia is an Editorial Assistant.