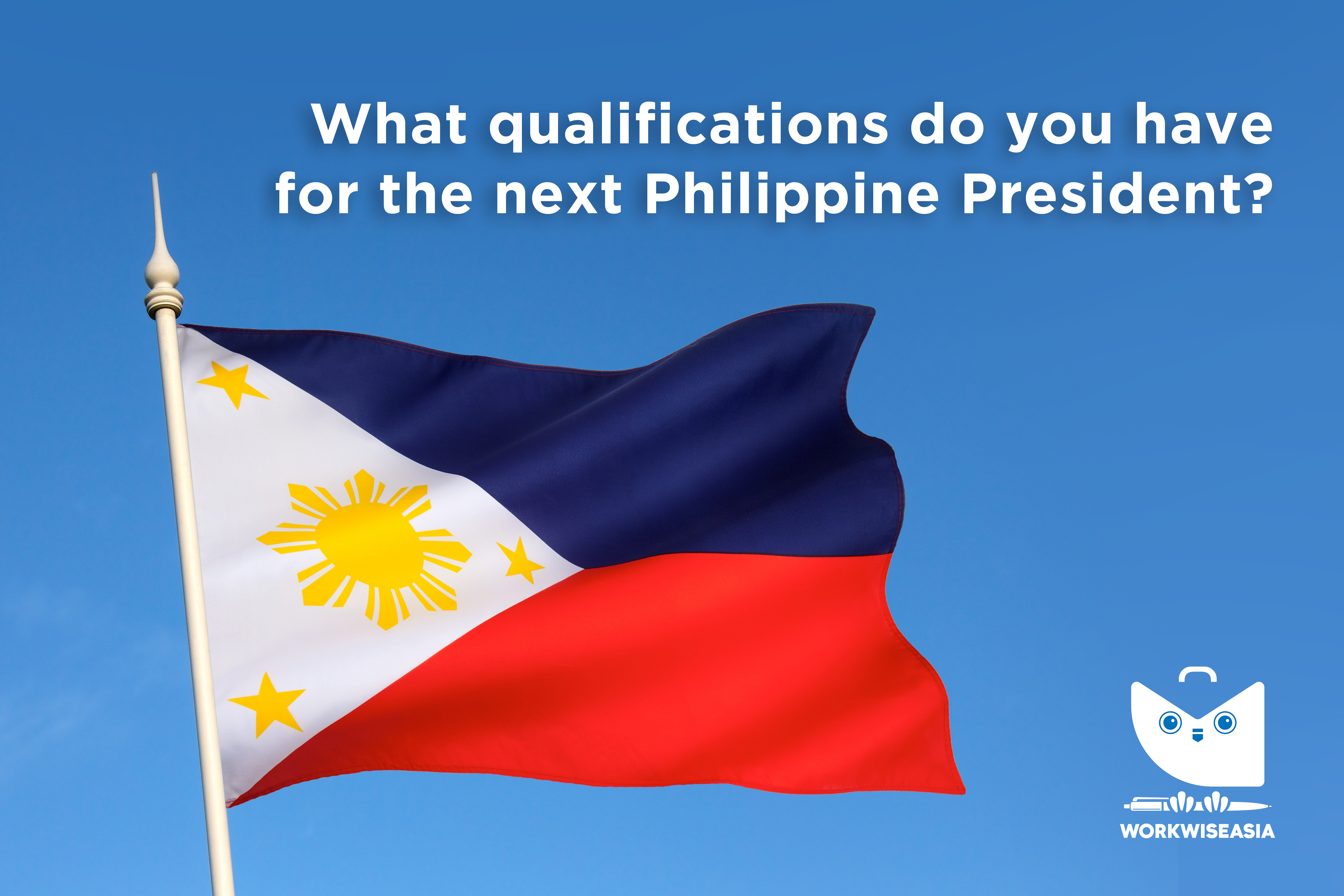 On Monday, May 9, almost 68 million Filipinos will flock to polling precincts all over the country to take part in the national elections. Thousands of positions will be up for grabs, from local positions such as mayoral and gubernatorial seats to Senate seats, vice presidency, and the most important of them all, the presidency. The voice of the youth and young professionals will be important in deciding the upcoming elections.

According to Commission on Elections spokesperson James Jimenez, 56% percent of the country’s voting population at aged 18-41 which is more than 37 million people. With professionals from the Generation Z and Millennial age groups comprising such a big part of the voting population, WorkWise Asia asked some of them about the qualities that they want to see in the country’s 17th President.

As professionals, what qualities do you want to see in our next president?

– Alfonso Galvez, Copywriter: “I want a compassionate president who will listen to the people and will be a voice for contractual employees and laborers.”

– Samantha Oliquino, PR Writer: “I am looking for a president who acknowledges and values inclusive growth.”

– Stephan Domingo, Associate Creative Director: “Honesty and accountability. In the age of misinformation, we tend to cover up shortcomings and deflect blame. I just want a leader that can be transparent and responsible when it matters most.”

– Paolo Mariano, Writer/Editor: “I want a president who is inspirational and empowering. Someone who doesn’t feel entitled. Someone who truly understands the plight of her constituents. Yes, the “her” was intentional.”

– Isabelle Tee, PR in Digital Advertising: “As a professional, I consider the candidate’s sustainable platform and how this will benefit all Filipinos even after his/her term. I also look at the candidate’s history, character, and experience in public service and if these are aligned with my values as a Christian and as a Filipino who loves her country.”

– Raymund Nejal, Flight Attendant: “As a professional, one quality that i look for in a president is transparency. It is important to have a leader that does not keep anything away from the people.”

– Yana Callope, E-Commerce Key Account Manager: “There are so many qualities that I think the next president should have. But if I had to pick just one, it would be integrity. The political landscape has made a lot of Filipinos hopeless with countless politicians choosing themselves first and having questionable values. Electing a president with integrity would mean electing a leader who is honest, accountable, consistent, and with strong moral principles. Filipinos deserve good governance and we deserve a president with integrity.”

– Ralph Hernandez, PR Writer: “Definitely I’m voting for president someone with no whiff of corruption.”

– Nicole Tee, Visual Artist: “A president must have integrity and a fear of God. If these are present in a leader, I can expect that s/he will be able to make a stand and take accountability for his/her actions. I can also count on him/her to become a servant-leader motivated by love. I am looking for a president that will be able to represent and empower every individual Filipino.”

– Chester Fajardo, Writer: “I want a president with concrete plans and not a veiled promise of false unity.”

– John Daniel Salonga, Training Manager of a BPO company: “A President that is inclusive, who will listen to all perspectives and weighs the best for all. It’s not anymore who will benefit from it but has a mindset of what works for all.”