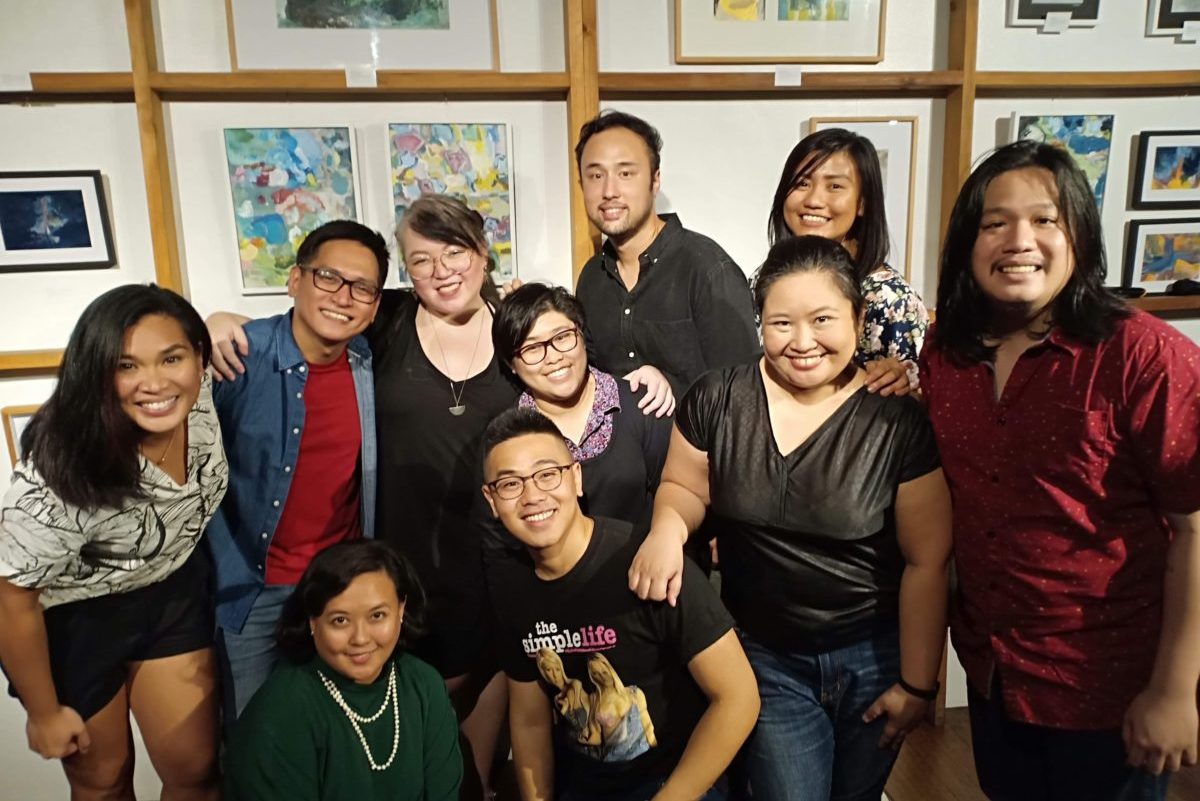 Working in advertising is a wild ride. Long hours, revisions, and numerous meetings are just the tip of the iceberg when it comes to “agency life.” It usually is a very serious business but that doesn’t mean agency people don’t know how to have fun.

Enter Badly Put: The Third Revision, an on-the-spot comedy show detailing the highs and lows of the Philippine advertising industry. On July 9, Commune Cafe in Poblacion was filled with freelancers, creatives, strat people, account executives, clients, and everyone in between—all together in the shared space to unwind after a long, busy day.

Badly Put is the brainchild of Barny Rivera and Aih Mendoza, two students from the Third World Improv school who both hail from advertising backgrounds. They wanted to channel their passions, frustrations, and insights from the advertising industry into an improv show as a way to showcase their shared experiences to those who might feel the same way.

Before the show started, members of the audience were asked to write down lines from songs and taglines from brands to be later used as prompts. It later opened with quicker games heavy with audience participation to get the show going and moving on to longer forms of comedic exercises such as skits.

Those with familiarity with improv know audience participation is a must. The cast riffs of the suggestions and the energy from the crowd to create stories and crack jokes.

The cast warmed the audience up by asking them to yell out words they associated with advertising starting from A to Z in four minutes or less. Immediately, words like brief, deck, hassle, JO, OT, tears, and revisions started streaming in from the audience. It was obvious that everyone in the room was brought together by these mutual feelings and shared experiences in the way they laughed as each word was written down on the whiteboard.

The taglines requested from the audience earlier were used as punchlines in a skit that portrayed a conversation between co-workers that discussed everything from pitches, big ideas, client briefs, to office politics.

Arguably my favorite part of the whole show was their on-the-spot strategy presentation for a milk brand for adults. Two people from an “agency” had to pitch to the “client” without conferring before the presentation and no materials ready. In lieu of slides, their other cast members were spontaneously posing behind them to serve as visual aids while the two presenters came up with ways to explain what they were doing.

The show was a great time, though there were some segments that needed a little bit more nuance. There was a segment in the beginning where three presenters were given a theme and had to say just one word each to form a thought. This closely mirrored the evening’s final act, which was essentially the same, but the presenters were acting as an all-knowing, all-seeing being that would give advice to the audience, referred to as the Ora-girl, a pun on oracle.

Some of their longer form skits also felt a little too drawn out with long scenes between laughs that kept the audience waiting for the punchline.

Beyond that, there were so many things that Badly Put: The Third Revision got right. The ensemble were unafraid to make mistakes and roll with the punches. They took all the prompts from the audience and wove it together with their own experiences that resulted in universal truths.

Badly Put is also a reminder that agency life is not for everyone. It’s tough, demanding work that only a person of a certain type of hunger and creativity can not just survive, but thrive in. Topics like unfair wages, compromising values, office politics, and truth in advertising were oftentimes used as punchlines in their jokes—which draw out a considerable amount of laughs—but we need to remember it’s something these people deal with everyday.

The pains, passion, and joy of advertising served as a common thread in which the player could tug at or tie together to make satirical stories that hold up a mirror to reveal deeper truths about their industry—all under the influence of humor and a slamming good time.

Deadlines, JOs, pitches, and client briefs are just some of the many things that make up “Ahensya Life.” It’s a fast-paced industry filled with passionate minds that crank out creative ideas for ads we see everyday. Busy schedules, grueling pitch preparations, and overtime are very familiar concepts for agency people but that doesn’t mean they don’t have the time to blow off some steam and share a laugh or two. As far as third revisions go, this one is definitely approved in my books.

Andreiana Yuvallos is an Editorial Assistant at WorkWise Asia. She loves reading, writing, theatre, and baking on the weekends.

Fortunately, in an episode of Breaktime Breakthroughs on Plus Network,...

In another episode of Breaktime Breakthroughs on Plus Network, we...